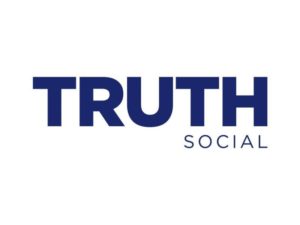 Donald Trump’s new social network app, called Truth Social, has been available for download from the Apple Store in the US since last night.

According to the company that developed it, it will only be fully operational at the end of March.

The company is called Trump Media and Technology Group (TMTG), and its CEO is Devin Nunes, a former Republican congressman close to the former president.

Truth Social, whose slogan is “Follow the Truth”, is presented as America’s “Big Tent” social media platform that encourages open, free and honest global conversation, without discriminating against political ideology.

In fact, it appears to be very similar to Twitter, as Trump was very successful on this platform before being banned for life due to his alleged involvement in the events of 6 January 2021.

At the time, Twitter decided to permanently suspend the @realDonaldTrump account, particularly after the tweets with which, two days later, the former president appeared to incite violence, as stated by the company.

Trump was also banned from other similar platforms for much the same reasons.

Some users who have already downloaded and tested Trump’s new app have reported glitches, but as this is a beta version it is plausible that there may still be some.

It is worth noting that the launch announcement was made many months ago, with the beta version expected in November 2021. Therefore, development is delayed, and the beta launch was made more than thirteen months after the Twitter ban.

In October, the company behind the project, TMTG, announced a merger with a Nasdaq-listed company, Digital World Acquisition Corp. (DWAC), saying that upon completion of the merger, DWAC shareholders would become TMTG shareholders.

It is worth noting that DWAC’s stock had gained almost 4% in recent days, rising to $85, while at the announcement of the merger in October 2021 it had jumped from $10 to $94 in a single day. The current price is therefore lower than it was just after the merger was announced.