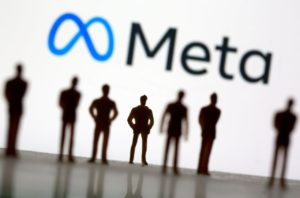 Meta ready for advertising in the virtual world

Meta, the new Facebook, which is increasingly involved in the virtual world of the metaverse, where it has already launched its own social platform that in just two months has gathered 300,000 users, seems certain to be able to involve new advertising investors in the project.

To develop the project, Meta has planned about 10,000 hires in Europe over the next five years.

In a recent meeting with major advertisers, the company said it would be ready in a few months and therefore invited advertisers to get ready to make good ads for the new virtual world, which according to some calculations made by the Wall Street Journal could be worth about 3 trillion dollars within the next two years.

In October last year, Facebook decided to change its name and logo to Meta, with the clear intention of developing a business in the virtual world of the metaverse and augmented reality.

Perhaps this decision also stems from the realization that Facebook’s old business has now reached its full maturity, and that it no longer has much capacity for growth, as shown by the latest figures which speak of a small decrease in new members in its history.

Some experts have sounded a warning that Facebook could use its great power in terms of users and liquidity to try to become the next ruler of the metaverse,

“Without the ability for other companies to compete with Facebook and their money, then you’re really only giving Facebook the opportunity to create for VR”,

“And that means we might be missing out on really cool stuff”,

Facebook is implementing a competitive policy on its Quest 2 headsets, which sell for a few hundred dollars to outpace competition from smaller manufacturers, who can’t afford the high production costs at those selling prices.

“My name is not Mark Zuckerberg. I cannot sell my product at a loss”,

said Stan Larroque, founder of Paris-based AR/VR startup Lynx, one of the most aggressive start-ups in the field of augmented reality visors and headsets.

While busily developing its augmented reality projects, the former Facebook has decided to remove the frames surrounding profile pictures, due to misuse by no-vax groups to promote their anti-covid vaccine ideas.

The post Meta ready for advertising in the virtual world appeared first on cryptodailynews24.com.