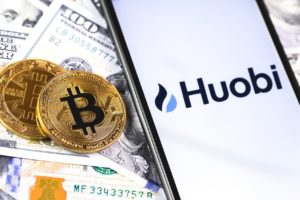 Huobi co-founder Du Jun has spoken out about the Bitcoin price trend, claiming that the next bull run will have to wait until late 2024 or early 2025. His reasoning relates to halving as an indicator leading to the rise in the price of BTC.

In an interview with CNBC, Du Jun, co-founder of the Huobi crypto-exchange, discussed about the next bull market in Bitcoin (BTC), and when it might occur.

In his analysis, Jun specifies how in the history of the queen of cryptocurrencies, the so-called “halving” indicator has been key to Bitcoin’s price rise.

This is precisely why, with the next halving being in 2024, the Huobi co-founder predicts that BTC’s next bull run will not occur until late 2024 or early 2025.

After both of these peaks, Bitcoin experienced a price collapse. Currently, BTC is -40% away from its all-time high in November, although it is still far from some of the lows seen in January.

Huobi co-founder and BTC’s price based on the halving

As Bitcoin’s Whitepaper points out, the halving is the process of reducing by half the number of the Bitcoin reward that miners receive for their work.

Essentially, miners use powerful, specialized computers to solve complex mathematical algorithms to validate transactions on the Bitcoin network, and the reward comes when the block is complete. The halving of BTC occurs roughly every four years.

In this regard, Du Jun said:

“If this circle continues, we are now at the early stage of a bear market. […] It is really hard to predict exactly because there are so many other factors which can affect the market as well — such as geopolitical issues including war, or recent Covid, also affect the market. […] Following this cycle, it won’t be until end of 2024 to beginning of 2025 that we can welcome next bull market on bitcoin”.

Recently, it has been analyzed how “solo” bitcoin mining is still a viable reality today, although not in all cases it remains a convenient activity.

In recent months, there have been instances where individual, non-pooled miners have managed to mine Bitcoin or Ethereum blockchain blocks completely on their own.

This does not detract from the fact that the probability of success in achieving the prize as a solo miner is as low as 0.05%, a percentage that several miners are competing for and therefore could be even lower.

The post Huobi co-founder: “Bitcoin bull won’t be until end of 2024” appeared first on cryptodailynews24.com.