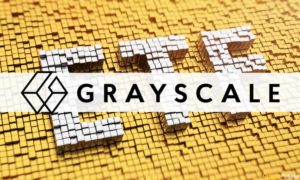 Grayscale launches a campaign for its first Bitcoin ETF

The world’s largest investor in digital assets, Grayscale investment has decided to push for a massive promotional campaign in favour of the first Bitcoin ETF, which has been awaiting approval from the US Securities and Exchange Commission for months, so far in vain.

Through a tweet by CEO Michael Sonnenshein, an advocacy campaign was launched among US investors, who were invited to express opinions and comments on whether or not a spot Bitcoin ETF should be approved.

We invite you to share your perspectives with the SEC and make your voices heard!

A few days ago, the SEC postponed its decision on the new ETF presented by the company two years ago, citing risks of market manipulation, prompting a reaction from the company’s CEO, who considers the concerns expressed by the American stock exchange regulator to be completely unfounded.

“American investors should have a choice in how to obtain Bitcoin exposure”,

Sonnenshein said in this regard.

“Every day I hear from investors who are patiently waiting for the familiarity and protections of a Spot Bitcoin ETF. We will use the strength of Grayscale’s brand and resources to continue to advocate for these investors, and ensure that the investing public is aware of the unique opportunity they have to voice their opinions directly to the SEC – a critical part of our existing regulatory process”.

In just a few days, hundreds of comments on the topic would have already arrived on the page created by Grayscale.

“The hundreds of comments already submitted on behalf of GBTC’s conversion to an ETF further demonstrates that this issue is of the utmost importance to investors”,

Waiting for the SEC’s response

Founded in 2013, Grayscale has quickly become the world’s largest investor in digital assets. As of January 2021, Grayscale reported assets under management of approximately $20.2 billion in assets. Recently, investment bank Morgan Stanley announced that it had further increased its exposure to the Grayscale Bitcoin Trust, a fund that invests in Bitcoin, to approximately $300 million in exposure.

The post Grayscale launches a campaign for its first Bitcoin ETF appeared first on cryptodailynews24.com.