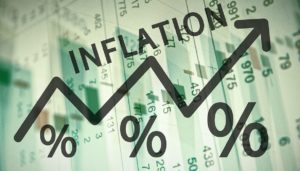 The role of supply and inflation

The ongoing macroeconomic crisis is seeing rising inflation that is expected to rise around the world without pause for some years.

This picture is not good for the markets and central banks are moving to contain the problem with aggressive policies of raising rates to compensate.

Obviously, the problem remains but on top of that there is a supply crisis.

At a time like this, when the supply of energy is scarcer than usual, and scarcer still following the crisis in Ukraine, inflation is rising, galvanized by the economic situation, and this is causing entire productions and sectors to grind to a halt, despite the fact that they may have enjoyed a falling demand, but one that is higher than what can currently be satisfied.

The problem will not be temporary

In a year that is seeing a slow recovery of GDP points around the world, it is estimated that around 2% has been left behind, which could have made the markets react better and brought us closer to the longed-for normality.

This loss of turnover and consequent income is structural, at least for the next five years, and this is precisely why it is essential not only to lose market share by keeping a close eye on the market and filling existing orders (automotive, tech, etc.) but also to preserve the workforce at all costs.

Since employment levels are the largest cost item, but also the most important element for the productive efficiency of industrial centres (at least to date), they must be preserved, and it is hoped that labour policies will be adopted to facilitate employment, while pressing for a smarter business model.

Governments are moving in the direction of simplifying the process of starting up a business and issuing authorizations, so as to make it quicker and easier to start up again.

Another fundamental role is played by closures, which should be discouraged as much as possible. It is estimated that the difficulty in finding raw materials for chips, for example, has led to the closure of industries that accounted for 40% of demand in the automotive and technology sectors alone.

Consumer prices are not following the inflationary trend, but are on the contrary rising by an average of 0.5% in the face of rising energy prices, which in some cases have tripled.

Prices remain low due to the balance of power still being defined between the production and distribution chains, which will cause what in technical jargon we call creative destruction.

Consumers are shifting towards the purchase of goods at the expense of services, which are suffering more and more structurally from this context of rising CPI.

Problems relating to production are more evident in countries where industries operate more at the end of the production chain and depend on intermediate products. These include Germany and the Czech Republic for the automotive sector, which have lost 14% of their productivity this year alone in favour of a demand that is still holding up reasonably well despite everything (thanks in part to the race for electric cars).