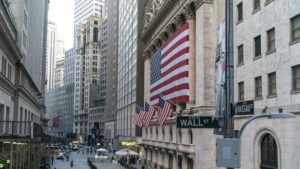 The closure of the American stock exchange meant that the markets were lacking in perspective, and this partly explains the red sign that hangs over European stock exchanges.

The crisis in Donbass

Over the past few days there have been fears of a meeting between the presidents of the two nuclear superpowers to avert escalation in Ukraine.

Putin and Biden were supposed to meet to agree on terms that would avoid war in the Donbass region but the Kremlin has urged caution.

The meeting is not so obvious and just last night Moscow recognized the independence of the Ukrainian separatist regions.

The markets are obviously taking the blow, and the consequence is a rise in the cost of energy and raw materials.

The crisis in the buffer regions of Eastern Europe goes back a long way and is the result of a political choice that is showing the strain.

At the end of the last world war, and the Cold War, Russia and NATO agreed that Ukraine and Georgia would become no-man’s land, buffer states.

In these states, none of the forces at play would have been able to influence their destiny to act as a buffer and geopolitical border.

This position has faltered since Ukraine accepted a path to NATO membership at the proposal of the US.

With Ukraine’s entry into NATO, in fact, Russia would find the threat of strategic American and European military bases right on its doorstep, and this has triggered Putin’s ire.

The Russian president is threatening a total energy crisis by blocking all supplies of gas, energy and raw materials to Europe, exposing everyone to the consequences.

If Moscow invades Ukraine, the US will respond with military intervention and Europe is ready for new and very strong sanctions.

The future of prices

According to Alberto Gallo and Gabriele Foà of portfolio managers at Algebris Global Credit Opp. Fund:

“The worst case scenario would force the US and Europe to impose strong sanctions on Russia, further tightening the supply of commodities”.

The managers’ prediction is not the most rosy and in fact they explain:

“the ultimate impact would be a further spike in the price of natural gas and oil. In the US and Europe, a further 20% price increase could add another percentage point to inflation.

Energy inflation would hurt consumer expectations and spending, especially in Europe. A conflict would then lead to greater volatility in European equities and credit, as markets value higher commodity prices and reduced imports from Russia”.

The spread also rose to 169 points and the yield on the 10-year BTP rose to 1.891%; down went the banks with the largest capitalization, which were affected by the military crisis.

The major absentee is inflation

Inflation is the big absentee in this emerging picture.

No, inflation has not disappeared overnight, it persists and the forecasts are not the best.

The worsening energy crisis as a result of the winds of war and Russia’s protectionist policy are expected to push the CPI up by at least one point.

Inflation will come back to bite, but at the moment the tension between Russia and America is the main factor.