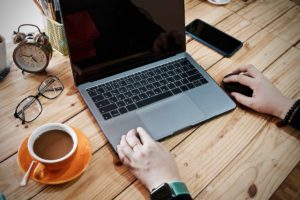 This tool allows the regulation of agile work with the aim of mixing in a profitable way for both the employer and the employee the time dedicated to their duties and free time with a view to the quality of life and to overcome impediments such as the pandemic in these two years.

In this context, during the pandemic a series of decrees regulated Law 181 with more precise specifications, and the introduction of the state of emergency in March 2020 further shuffled the cards.

The state of emergency will expire on 31 March 2022 and studies are already underway on how smart working will change from 1 April.

Smart Working, where are things today?

The current legislation stipulates that even if at home, the employee must have a green pass and no written agreement between the parties is required.

The employer can make use of this tool in order to guarantee employment levels in the company and ensure the safety of the workplace from a health perspective.

The worker is also protected by the right to disconnect, a kind of break as already provided in any place and type of work for personal, physiological or simply taking a break.

This simplified procedure will be in force until 31 March.

With smart working, agreements between the parties becomes central again

From 1 April 2022, following a number of court rulings on the subject, there will be a return to conditions that make agreements between the parties a necessary condition for access to smart working.

The contract, which according to the law is an agreement between two parties, becomes central again, and the rules will be more stringent.

The agreement will have to establish, among other things, the duration, the conditions of termination, the manner in which the service is to be performed and the technological tools to be used, always with a view to the worker’s right to disconnection.

Differences between the public and private sectors

In the public sector, Smart Working will always be regulated in an easier way, as it has been until now, and no changes are expected in the future.

In the private sector, following the National Protocol on Smart Working in the Private Sector of 7 December 2021, new protections between employee and employer will be implemented.

Adherence to the instrument can only take place on a voluntary basis and will be subject to the signing of an agreement between the parties that provides for the right of withdrawal.

The employee’s refusal will not be a sufficient condition for dismissal or sanctions.

To date, agile working remains a right for frail, disabled or immunocompromised workers in both the public and private sectors.

Politicians are moving in unison on this issue, which is transversal.

Labour Minister Andrea Orlando and Minister for Youth Policy Fabiana Dadone point to the need to strongly encourage smart working, which corresponds to the “smart” and competitive Italy that Prime Minister Mario Draghi has in mind.

The differences between the public and private sectors and the right to disconnection are being discussed, with the aim of creating an instrument that is as fair as possible and that protects all parties.

Time is running out and 31 March is close, but work has already begun and the idea is clear and shared.