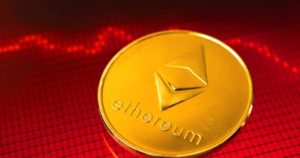 Morgan Stanley: Ethereum in danger. Too much competition

In a recent report, Morgan Stanley argues that Ethereum has a lot of competition, and that there could be even more in the future.

In fact, a few days ago Morgan Stanley Wealth Management published a report, entitled “Cryptocurrency 201: What Is Ethereum?” in which it speculates that Ethereum may have increasing competition problems in the near future.

The 20-page report was written by Denny Galindo and James Ferraioli and is entirely dedicated to Ethereum.

The previous report, Cryptocurrency 101, was dedicated to Bitcoin.

One of the key points of the report is the fact that, according to Galindo and Ferraioli, Ethereum faces threats related to scalability and complexity; and that ETH is more volatile than BTC.

In fact, Bitcoin does not seem to have any real competitors to date, while there are several ambitious competitors to Ethereum, starting with BNB Chain.

So far no competitor has really shown itself to be able to outcompete Ethereum, but for example in the NFT field several other platforms with much lower commission costs such as Solana, Cardano or Zilliqa are already making inroads.

Competition coming for Ethereum in the next few years

The scalability of Ethereum

As far as scalability is concerned, Bitcoin has already found a solution (Lightning Network), while Ethereum has not yet managed to upgrade to ETH 2.0, which with the move to Proof of Stake would allow a great leap forward in this respect.

There is also a great deal of difference between the two cryptocurrencies in terms of complexity, as Bitcoin’s basic level basically does only one thing (transactions), while Ethereum’s basic level is already more complex with smart contracts.

Regarding volatility, according to the report, the differences between BTC and ETH appear limited, sometimes minimal.

On the subject of competition, the report explains:

In particular, Morgan Stanley highlights DeFi and NFTs, which are considered very interesting and innovative developments in which Ethereum currently dominates but faces several fierce competitors.

In addition, the report raises doubts as to whether the DeFi sector can continue to be deregulated and, above all, whether any new laws could have a major impact on the sector.

In particular, the report states that if regulation in the future reduces the demand for DeFi-related transactions, the demand for ETH may also decrease.

The post Morgan Stanley: Ethereum in danger. Too much competition appeared first on cryptodailynews24.com.