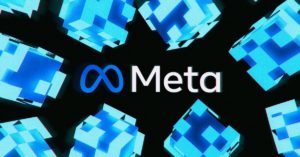 Nearly two months after the launch of the new social platform in the metaverse of Meta (formerly Facebook) there are about 300,000 registered users.

At its launch, Zuckerberg called the platform “core to our metaverse vision”. The results achieved in the US and Canada alone seem to prove him right.

Cox also said that since Horizon Worlds was distributed to all Quest users in the US and Canada, its monthly user base had grown by a factor of 10 times.

The number would not include figures for Horizon Workrooms, a VR conferencing experience that has yet to be fully implemented.

Meta has not yet revealed how many Quest headsets it has sold to date, although realistic estimates put sales at over 10 million.

Zuckerberg announced that Meta will release a mobile version of Horizon by the end of the year to:

According to the latest rumours, the new metaverse platform is also planning to implement NFTs to increase interaction between users.

In the process, the new stablecoin by Meta, Diem, should be included.

Concerns were raised about the first case of harassment in the metaverse, which happened to a user of the Horizon World platform who was allegedly harassed by three male-voiced avatars.

This led the company to introduce strict rules for a distance of at least one and a half metres between avatars in the virtual world.