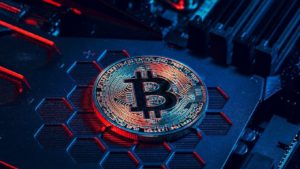 Is it possible to mine bitcoin by oneself again?

As a matter of fact, yes, even nowadays, but it is not necessarily worthwhile.

In recent months, it has happened that individual, non-pooled miners were able to mine Bitcoin or Ethereum blocks completely on their own.

However, since a lot of computing power is required to successfully mine BTC and ETH, miners usually pool their computing power with other miners, using so-called “pools”, and share any proceeds in proportion to the computing power provided by the pool.

Those who want to try mining alone, usually have so little computing power that they can hardly ever mine a single block.

However, every now and then there are rare exceptions, so much so that at least two have been discovered in recent months, one on BTC and the other on ETH.

But these are exceptions. It is enough to think that around 144 blocks are mined on the Bitcoin blockchain every day, or on average more than 4,300 per month, and apparently in the last month only one of these was mined by a single miner.

Even if we imagine that it could be around two per month, that would still be less than 0.05% of the blocks. Therefore, anyone who decides to try mining Bitcoin blockchain blocks on their own has to set themselves up for failure at least 99.95% of the time. Furthermore, there are several miners competing for that 0.05%, so the actual success rate is far lower.

It should also be kept in mind that cashing in 6.25 BTC may not really be life-changing, and that the energy consumption would be high even in case of failure, so it may not be worth the risk.

In reality, pools have been created to allow individual miners to try mining on their own. These pools are different from the classic ones, because they pool computing power to increase the pool’s chances, and only allocate the prize to the miner who manages to extract the correct hash that validates the block. This, however, does not increase the odds.

Power costs are rising, due to the consequences of lockdown, so it is possible that solo mining is becoming even less cost-effective in recent times.

It is therefore a bet with very high costs, as well as very rare gains which are not as high as one might imagine.

The post Is “solo” bitcoin mining making a comeback? appeared first on cryptodailynews24.com.