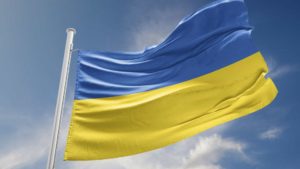 Is Bitcoin suffering because of Ukraine?

The escalation in eastern Ukraine’s Donbass is hurting the price of Bitcoin as well.

The falling price of BTC

Last Thursday the price of BTC was around $44,000 and then, partly due to the incessant rumours of an invasion of Ukraine, it dropped to $40,000 on Friday.

On Sunday, it fell further to $38,000 and after yesterday’s statements by Russian President Vladimir Putin it fell below $37,000.

It is worth mentioning that there is probably no direct impact on the price of Bitcoin from what is happening in eastern Ukraine, but the indirect impact is clear.

The situation in Ukraine

The fact is that there are fears that the armed clash now taking place between Russia and Ukraine could spread.

Should the clash be limited to the disputed Donbass region in eastern Ukraine, the impact on global financial markets could be limited and only temporary.

Since yesterday, however, there has been speculation that the Russian invasion may not be limited to the Donbass.

This invasion of a territory that Russia no longer considers Ukrainian could be rapid and could exhaust its impact on the financial markets within a few weeks.

The real concern of the markets

What is really causing uncertainty and fear in the markets, however, is another concern: that Russia might not stop at Donbass, but continue its attempt to conquer the whole of Ukraine.

The biggest loser so far has been the Moscow stock exchange, which has lost 20% in just two days, returning to a level similar to that of 2006.

However, all other major world stock exchanges are also suffering today.

Bitcoin is no exception, while gold, oil and gas are rising.

The price of gold, which has returned to its highest level in 12 months, gives a good idea of the fear in global financial markets today, which is unlikely to dissipate in the short term.

However, the fall in the price of BTC over the last two days is not so dramatic as to be much smaller than that of the Moscow Stock Exchange, for example.

The post Is Bitcoin suffering because of Ukraine? appeared first on cryptodailynews24.com.