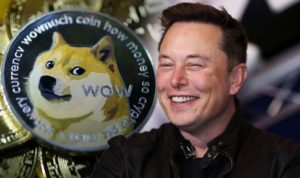 The founder of Tesla and SpaceX has revealed in recent hours that he is planning to open a futuristic drive-in restaurant by Tesla in the centre of Hollywood, but this is not the big story.

Musk went on to say that he would accept Dogecoin as a method of payment in the new restaurant.

As is now customary, a simple tweet from the boss of electric cars created sensational news.

On Friday, the Tesla CEO responded to a post by developer Ryan Zohoury, giving the unexpected news.

The Tesla software engineer, with the incisiveness that distinguishes the beloved blue bird social, was announcing the success of the new Tesla charging station in Santa Monica, California, when the Tesla boss tweeted back:

Tesla’s CEO, however, did not clarify what exactly customers can pay for with DOGE cryptocurrency.

Interpretations are consequently mixed: some assume that Tesla‘s charging stations will accept Dogecoin, while others interpret Musk’s tweet as applying only to the upcoming restaurant and drive-in cinema in the Hollywood area.

Although the news created quite a stir, this time the price of DOGE was not particularly affected.

Elon, a big supporter of DOGE

It is well known that Elon Musk is the number one supporter of the DOGE token and has long been renamed Dogefather by the crypto community.

The CEO of Tesla has been trying hard to increase the value of the crypto for some time now.

In January, Tesla started accepting Dogecoin as a method of payment for some products but that’s not all, Musk also tried to convince McDonald’s to accept DOGE.

However, the famous fast food chain responded as follows:

“Only if Tesla accepts grimacecoin”.

Elon may not have been able to convince McDonald’s to join the Doge family, but one thing is for sure, DOGE will remain one of his favourite crypto coins for a long time.