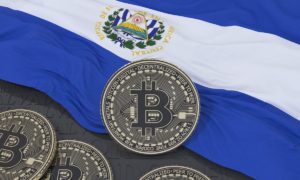 El Salvador is ready to launch its own crypto bonds

Since mid-November, Bitcoin has lost about half its value, and for El Salvador, the first country in the world to make it legal tender, it is a matter of having to record losses in the millions.

However, President Nayib Bukele does not seem too worried by these generalized falls in the crypto market.

He has announced on several occasions that the State would buy new quantities of Bitcoin, as it did last January, when the Central Bank bought $100 million worth of Bitcoin.

According to @nayibbukele it will have:

The issuance of the bond will be for $1 billion, managed by the company Blockstream, which a few days ago reportedly announced that it had reached an initial acceptance in principle for about half of the amount. The issuance is expected to take place between 15 and 20 March. The expected yield is around 6.5%.

However, the debt situation in El Salvador does not seem optimal, following the warning issued at the end of January by the International Monetary Fund, which not surprisingly sent the country to abandon the legal bitcoin project.

Ever since El Salvador decided in September to adopt Bitcoin as legal tender, the 10-year bond due next year has lost more than 40% of its value.

President Bukele scoffed via Twitter at the IMF’s formal request to the country to abandon the project that recognized Bitcoin as legal tender.

Indeed, according to some analysts, Bitcoin itself would be the solution for the South American country’s limited access to ordinary sources of finance.

But the risks associated with this crypto bond issue are certainly very high. Negative market conditions and the new city project to be built pose serious unknowns about the full success of the deal.

The post El Salvador is ready to launch its own crypto bonds appeared first on cryptodailynews24.com.