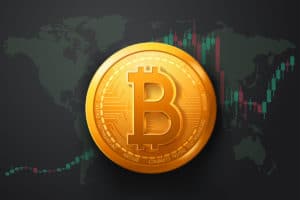 Bitcoin predictions: will it recover from its current difficulties?

Since mid-November 2021, the price of Bitcoin has entered a difficult phase from which it is struggling to get out.

Although the downward phase seems to have stopped at the end of January, there has not yet been a strong rebound that would suggest the start of a new bull run.

A number of analysts have recently released their forecasts, and it seems that few are currently saying that the price will fly again in the short term.

Indeed, in the short term, there are those who argue that yesterday’s low of $38,000 may not be the lowest point, and could even go lower.

What is weighing on the financial markets these days is the strong concern over the possibility of war between Russia and Ukraine, as armed clashes with separatists have intensified in the eastern part of the country.

In reality, however, many analysts are focusing on the medium to long term, rather than the short term.

In the medium term, the main concerns seem to be those related to the consequences of the US central bank’s monetary policy on financial markets.

It should be noted that both of these concerns are not related to anything specifically to do with Bitcoin or the crypto markets, but instead have to do with global financial markets, and only indirectly affect the price of Bitcoin.

However, these repercussions, even if indirect, have a very significant impact on BTC.

For example, according to expert trader Peter Brandt, similar corrections in Bitcoin’s price have already taken many months to wear off in the past, so it may take some time before a return to the top.

Moreover, according to Brandt, those who claim that Bitcoin’s price is inevitably destined to go “to the moon” are actually doing investors a huge disservice, because they are deluding them into thinking that the path can be quick and easy. Instead, according to the well-known trader, the message should be to be armed with great patience.

Bitcoin $BTC – major highs and length to exceed them
Cheerleaders who constantly beat the drums of "to the moon" are doing a huge disservice to $BTC investors
Corrections can be lengthy
Long endurance, not constant hype, should be the message pic.twitter.com/sFonm3W4hp

In the long term, however, there are still many bullish analysts.

In an interview with Stansberry Research, he said that the price could rise to $100,000 or even $300,000 when institutions buy BTC.

According to O’Leary, institutions are not currently allowed to expose themselves to the risk of buying BTC, but when they do, they could place between 1% and 3% of their capital, causing the price to skyrocket.

The short-term situation is therefore uncertain, and in the medium term this uncertainty could continue for a long time. However, many analysts are still bullish in the long term.

The post Bitcoin predictions: will it recover from its current difficulties? appeared first on cryptodailynews24.com.