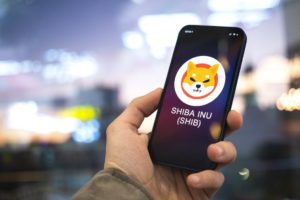 The number of Ethereum addresses where SHIB tokens are currently stored has risen to 1.175 million.

This was revealed by WhaleStats in a tweet in which they also stated that collectively the richest 1,000 ETH addresses hold over 54 billion SHIB tokens, or $1.6 billion, which is more than 10% of all Shiba Inu tokens in the world.

SHIB is currently the world’s largest token by market capitalization, excluding stablecoins, as all nine cryptocurrencies ahead of it in this ranking have their own blockchain.

SHIB, on the other hand, resides on Ethereum’s blockchain, and does not have stable value like USDT, USDC and BUSD.

To date, excluding stablecoins, SHIB would also be the most traded token among the thousand largest Ethereum wallets in the world.

So it looks like the whales are continuing to hoard Shiba Inu, as SHIB tokens held on the richest addresses are on the rise, while at the same time the burning that reduces the supply continues.

Shiba Inu also stated that it is in the early stages of developing Shiberse, its metaverse project.

SHIB has lost 65% from its all-time high

The price of SHIB

The price of SHIB is not doing particularly well at the moment.

Indeed, the current level is also lower than the peak on 11 May, i.e. before the crypto markets collapsed in the second half of May. From the end of May until the beginning of October 2021 its price hardly moved, remaining well below the previous peak, then from 5 October it made two spikes that took it towards new highs.

In light of this, the current price seems decidedly low, even if it is enormously higher than a year ago, but if the whales are accumulating to sell in the event of a rise, it could be difficult to see spikes like those of May and October again.

It is curious, however, that both the number of SHIB held by the whales and the total number of SHIB holders are increasing, because the first thing suggests greater centralization, while the second suggests the opposite.