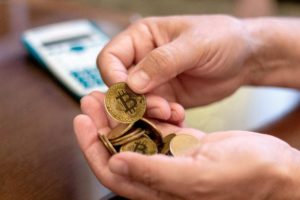 Cryptocurrency capitalization to 5 trillion by 2028

According to a recent research by consulting and analytics firm Facts and Factors, the cryptocurrency market is expected to grow by more than 30% over the next 6 years, reaching a capitalization of more than 5 trillion in 2028.

Factors that will drive cryptocurrency capitalization

This growth is likely to see a strong push right from 2022 and a consolidation in the following years.

Over the next five years, the adoption of cryptocurrency and its use in payments is expected to grow, according to analysts and experts.

The fact that digital payment companies such as PayPal, Visa, and a growing number of corporate giants such as Microsoft, Tesla, Coca Cola, Expedia, are already accepting cryptocurrencies will only increase their use.

According to experts, 2021 was the year of the turning point, and 2022 will probably be the year of consolidation of a market that now appears mature.

The diffusion of crypto in the world

In terms of geographical distribution in the years to come, the prognosis is that the sector will continue to grow in Europe, which should have a considerable market share.

Germany is expected to be the main market for cryptocurrencies in the old continent.

Canada and the United States are the North American countries that are progressively adopting cryptocurrencies to a greater extent.

The cryptocurrency market is also growing steadily in Asia Pacific countries such as China, Japan and Singapore.

Bitcoin spot ETFs could be approved in 2022

Bitcoin spot ETFs on the way?

According to many analysts, 2022 will also be the likely year of the approval of the first spot ETF in the US, a fact that will lead to further growth of the cryptocurrency market.

“The Bitcoin Futures ETF that launched this year has been widely regarded as not very retail-friendly given the high costs involved of rolling over contracts which amounts to around 5-10%”,

“Growing investor and retail pressure on regulators indicates that a Bitcoin Spot ETF will be approved in 2022 primarily because the market is now large and mature enough to support one”.

Total money deposited into DeFi services surpassed $200 billion for the first time this year and experts expect demand to grow further in 2022.

2022 will almost certainly be the year of NFT adoption, not least because there will probably be regulations to the market that will paradoxically make it more accessible and usable for the masses.

It is very likely that the continued rise of stablecoins and their increased adoption by the mainstream will become increasingly important in this process. Between 2020 and 2021, stablecoins grew by 500% and it is entirely realistic to expect further growth in 2022.

But it is equally likely that beyond the actual results of the new update, 2022 will still be a year that is likely to see further strong consolidation of Ethereum’s competing blockchains, such as Solana, Cardano, Polkadot and Avalanche.

The post Cryptocurrency capitalization to 5 trillion by 2028 appeared first on cryptodailynews24.com.