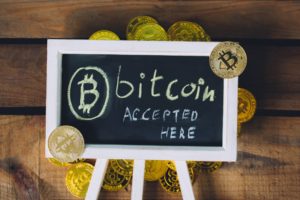 “Bitcoin Accepted” is the clear slogan referring to the new places that include the queen of crypto, BTC, among their payment methods.

This is currently happening in the valleys of Bergamo and Brescia with the first three businesses that will accept Bitcoin from 25 February.

According to reports, three shops in the Bergamo and Brescia valleys will be accepting Bitcoin payments from Friday 25 February.

Specifically, the shops are the following:

In other words, ‘Bitcoin Accepted’ to pay for articles, products and work services. An initiative that suggests that northern Italy is ready to participate in the mainstream spread of cryptocurrencies.

It seems that the first Bitcoin Village in the provinces of Brescia and Bergamo was also inaugurated in Darfo Boario Terme, last September 2021, courtesy of the engineer born in 1987, Valerio Dalla Costa, a cryptocurrency enthusiast.

The Bitcoin Village is a physical point of contact for BTC buying and selling, education and, above all, support.

When referring to ‘Bitcoin Accepted’ one cannot but look at the number of Bitcoin ATMs installed in the area.

According to Coin ATM Radar’s data, there are exactly 18 BTC and other crypto ATMs installed in Brescia. Specifically, the ATMs accept Bitcoin, but also ETH, LTC, USDT, BCH, DASH and many other cryptocurrencies.

Following the data from the same site, it seems that Brescia outpaces Lombardy’s provincial capital Milan in terms of installed Bitcoin ATMs, which apparently has only 12.

The increase in the number of Bitcoin ATMs in 2021

Various Bitcoin ATM estimates have been made at the close of 2021 and it has been calculated that on average 50 ATMs for BTC and crypto have been installed per day worldwide.

Not only that, the ranking of this particular category aimed at expanding Bitcoin and crypto mainstream saw the United States in first place with almost 30,000 machines installed, followed by Canada with 2,220, El Salvador with 205 and Spain with 197. Italy ranked 12th with 69 Bitcoin ATMs installed.

The post Bitcoin Accepted in Bergamo and Brescia, Italy appeared first on cryptodailynews24.com.