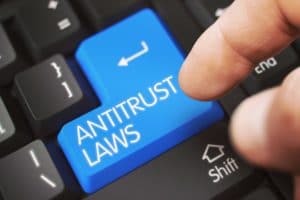 Tough times are ahead for big tech in the US. The Federal Trade Commission (FTC), headed by Lina Khan, is determined to revise regulations that so far have not prevented Google, Apple, Meta or Amazon from acquiring a dominant position in the market.

Over the years, the Silicon Valley giants have grown by leaps and bounds to become de facto market monopolists. As the Wall Street Journal explains, this monopoly position has so far only been seen through the eyes of the consumer. In practice, consumers can only turn to Amazon if they want to buy something online, or to Meta if they are looking for a social network. What Lina Khan is trying to do is to change the paradigm. What if the monopoly position is not only hurting consumers, but also competitors?

And as far as other sectors are concerned, Meta seems to have started the trend of acquiring other social networks. It is enough to consider that in recent years it has bought WhatsApp and Instagram, two of the most widely used communication apps in the world.

And Apple? Apple is accused of managing its app store in an authoritarian way, forcing apps to go through its store to manage payments. The case of Fortnite, which was removed from Apple’s store, should have set a precedent, but the subsequent lawsuit established that Apple does not occupy a monopoly position. The matter is not over, and there is already an appeal to be discussed.

For their part, the big tech companies do not feel that they are in an anti-competitive position at all, but instead feel that they have brought great improvements to society with their services. Amazon, for example, has offered many companies the possibility to sell their products online. But at what price? Because this has inevitable commission costs.

It seems that the FTC alone does not have the means to intervene and develop appropriate regulation.

This is why, in addition to hoping for congressional intervention, the authority is also pursuing legal action, most recently against Facebook. In fact, the FTC has been trying for some time to initiate a process that would lead Facebook to sell Instagram and WhatsApp because they have given it a monopoly position. The lawsuit has been rejected several times, but in recent days a new attempt has been accepted. This means that the trial will happen.

What if Facebook monopolizes the Metaverse? After what it has done with social networks and the acquisitions of Instagram and WhatsApp, it is reasonable to have doubts. Meta could acquire other companies that have metaverse or similar technologies. It is no coincidence that, according to Bloomberg, the FTC is already investigating the position of Meta, and its Oculus unit, with respect to the metaverse industry, precisely to verify that there is not another abuse of dominant position.

It is clear that the US regulator needs to intervene soon, because the field of competition is moving from the world of the internet to the world of virtual reality.

For Randal Picker, professor at the University of Chicago Law School, the authorities will try to move to counter these monopolies through the judicial route:

“Let’s not forget that each of the firms we’re talking about did something at the beginning which was completely valued by the public. There’s a core to these businesses that represents an American success story. That’s not to say they can’t step beyond that and get in trouble, but the ability to create great products that people value, that’s hard to do.

I think the administration’s plan right now is: Let’s test the boundaries, and we’ll see what the court system is going to say about it”.

Basically, before the legislative system, it will be up to the judiciary to determine whether big tech is in an abusive position. Thereafter, everything could change.

The post The FTC’s fight against big tech monopolies appeared first on cryptodailynews24.com.