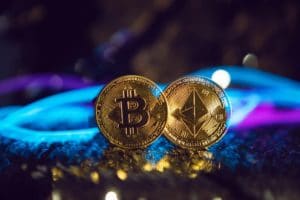 In a recently published report, investment bank Morgan Stanley has carried out an analysis of the two main cryptocurrencies, concluding that it is cheaper to invest in Bitcoin than Ethereum.

After criticizing Bitcoin and cryptocurrencies, it seems that the bank has radically changed its mind on Bitcoin, considering it an established asset destined to last. It did however criticize Ethereum as less decentralized than Bitcoin and increasingly struggling in the face of the advance of dangerous competitors, such as Avalanche, Cardano and Solana.

The report reads, where analysts add that high costs still make the Ethereum platform too expensive for small-value transactions.

Bitcoin is preferred by Morgan Stanley for its greater decentralization compared to Ethereum, considering that the top 100 ETH addresses hold 39% of the currency, compared to 14% for the top 100 BTC addresses.

While the dominance of the NFT and DeFi market is still firmly in the hands of the Ethereum blockchain, which still holds around 60% of the market, the trend speaks of its descent in favour of other more convenient blockchains, such as Solana, Cardano and Avalanche.

According to the investment bank’s analysts, this trend will continue and consolidate in 2022, putting the primacy of ETH in terms of developers and dApps, at great risk. In addition, the Morgan Stanley report notes that new regulations likely to come into force for DeFi and NFT market participants could lead to a reduction in demand for transactions on the network.