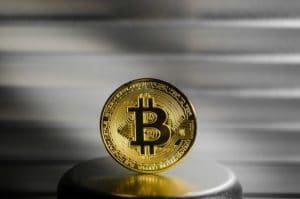 It is well known that when Warren Buffett moves even a small part of his immense capital there is always something of significance, let alone when his investment is not so small, but is $1 billion in shares of Nubank, Latin America’s largest bank for fintech and cryptocurrency trading.

This is actually not the first time Warren Buffett has invested in crypto, but let’s take it step by step.

The billionaire’s position on this world has always been very critical in his statements (perhaps as a strategy), but when it comes to facts, things change.

When Nubank was listed on the American stock exchange, he invested the first $500 million in the banking company, with a return of $150 million on the debut alone.

In short, Buffett knows what he’s doing, but we already knew that. What is striking in all this is not so much that he has returned to invest in fintech but rather the method used.

The Oracle of Omaha (as he is known in the business) has sold something like $3 billion worth of shares (1.8 billion in Visa and 1.3 billion in Mastercard) from assets that impact the real economy as we know it today, to grow in a sector that is now perceived as the new way of finance.

This, coupled with the change in sensitivity towards the crypto world by a player that is very business-sensitive and usually takes a cautious approach, has investors looking forward to the future in this sector, setting their sights on hefty gains.

In particular, Easynvest, the trading platform that Nubank bought in 2020, has been offering a Bitcoin ETF since June 2021; it is backed by QR Asset Management and is listed on the B3 exchange.

The future of Bitcoin

The number of crypto-related investment products in 2021 almost doubled from 35 to 80 according to Bloomberg while the total valuation of assets held reached $63 billion compared to $24 billion at the beginning of the year.

Finally, Greg Weisman, co-founder and chief operating officer of Mercuryo, asserts in an interview that:

“The Nubank investment can be tagged as Buffett’s way of supporting the fintech/crypto world without taking back his criticisms of the past”.