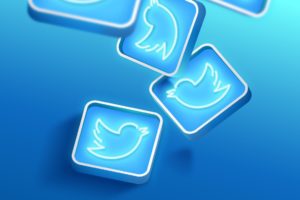 A few days ago, the official Twitter Support profile publicly announced that in the future both Web users of the platform, as well as iOS and Android users, will have the ability to use downvoting of responses.

We learned a lot about the types of replies you don't find relevant and we're expanding this test –– more of you on web and soon iOS and Android will have the option to use reply downvoting.

Other social networks, however, have long since introduced alternative reactions, such as YouTube, which for many years now has also had a “dislike” button, or Facebook, which has seven different ones.

The screenshot shown reveals that next to the heart icon of the “like”, in the responses to tweets will be added another icon in the shape of a downward arrow that will allow expressing a negative vote.

However, these negative votes will not be publicly visible, such as the likes, but will only be visible to the user who casts their negative vote. They will serve the platform to get useful information to understand the content that individual users want to see.

In fact, those who have already been able to test the functionality of this new button report that by clicking it a message appeared that warned him that, having voted negatively that response, in the future he would see less similar ones.

Experiments with this new feature began some time ago in the background, but now Twitter is expanding testing around the world. The assumption is that the new feature could be released to everyone relatively soon.

The first public announcement dates as far back as July 2021, while last Thursday the global release process began, though still very gradual.

“We’re always looking for new ways to increase healthy participation and engagement on Twitter. We are still in the learning stage of this experiment and are looking to gain a better understanding of how Reply Downvoting could help us better surface the most relevant content for people on Twitter in the future”.

It’s possible that the goal is to further customize the filters that promote various content on a user’s personal feed.