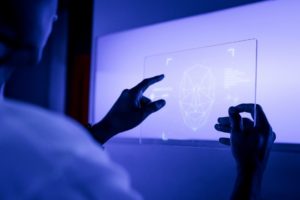 The Artificial Intelligence market is growing in Italy

According to the analysis, an increasing number of companies are approaching this sector, which has doubled its value in two years.

However, a strong disparity in the adoption of this disruptive technology emerges: only 6% of SMEs use tools related to Artificial Intelligence, while among large companies, six out of ten have already started AI projects.

“Nowadays, Artificial Intelligence has matured strongly and has all the potential to become a central factor in the digital transformation of businesses, PA and society as a whole. The last year has marked a further development for the Italian ecosystem and the market has started to grow consistently again, after it had been affected by the pandemic in 2020. There has been a development for all types of projects, but with an acceleration in particular in applications in Computer Vision (+41%), Chatbots and Virtual Assistants (+34%) and Intelligent Data Processing (+32%)”.

With respect to consumers, artificial intelligence is known by 96% of respondents, and 80% expressed a positive opinion on it even if they fear issues related to privacy, work and ethics.

Ad hoc regulation may intervene on this soon.

In this regard, Giovanni Miragliotta, Director of the Artificial Intelligence Observatory added:

“In the last year, important steps have been taken in the regulation of AI. The European Commission has presented the proposed regulation, which is now a fundamental stone in building trust in the technologies. Italy launched the new Strategic Program, which thanks to the joint work of three Ministries has produced 24 recommendations for action, with a collaborative and inclusive approach, which explicitly addresses some persistent shortcomings of innovation in our country”.

The relative majority of artificial intelligence projects in Italy concern data processing. Specifically, the market is broken down as follows:

It should be noted that in this historical moment marked by long waits for hardware chips due to the crisis of semiconductors, artificial intelligence, on the other hand, seems to know no decrease in interest. This could lead to its increasing use in data analysis. Moreover, in the era of climate change, AI will play its part by evolving towards an increasingly sustainable system.

The post The Artificial Intelligence market is growing in Italy appeared first on cryptodailynews24.com.