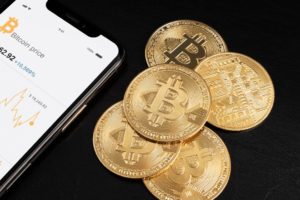 During Sunday’s Super Bowl, several ads from crypto companies were aired. Considering that millions of dollars were paid for them, were they worth it?

Crypto ads at the Super Bowl

First off, it must be said that, as revealed by ESPN, the live TV broadcast is estimated to have been watched by 101 million viewers, up 6% from 2021 and not far off the all-time record of 114 million in 2015.

However, the success of commercials varies greatly depending on both the commercial itself and the time it was aired.

The one that seems to have been most successful is that of Coinbase, which offered $15 in Bitcoin to all new users who registered using a special QR code.

The problem is that the success was of such proportions that visits to the website suddenly spiked, causing it to crash. In total, the company spent 16 million dollars for a 60-second ad, which seems to have generated almost instantly about 20 million visits to the website, blocking it. The Coinbase app, however, suddenly went from 180th to second place in the most downloaded apps in the US.

The commercial that received the best reviews was the FTX commercial in which the famous actor Larry David played a funny skit entitled “Don’t Miss Out on Crypto”.

However, it is not known how much was spent or what results it generated.

One ad that was well executed, but probably didn’t particularly capture the attention of viewers, was that of eToro which ended with the famous “to the moon”.

But the other commercial that got a lot of attention was the Crypto.com commercial starring NBA star Lebron James. It was a very simple ad, but one that was able to provoke many reactions thanks to the charisma and incredible fame of the famous basketball player.

A lot of success but few volumes

It is difficult to make a final overall assessment, also because these commercials were quite different from each other and therefore generated differing results. Furthermore, the boom generated by the one from Coinbase, for example, could also be interpreted as only half a success, given the crash of the site.

The post Super Bowl: did the crypto ads help? appeared first on cryptodailynews24.com.