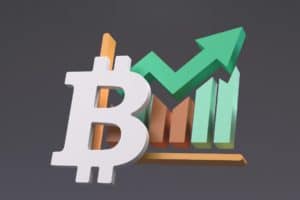 For the second week in a row, crypto market sentiment has been improving.

Last week the average sentiment measured by Omenics overall was 4.86 for the top 10 cryptocurrencies, while it has now risen to 5.41. A fortnight ago it was at 4.39.

Bitcoin has performed best in this respect. Already last week, it had the best score among the top 10 at 5.7, but this week it jumped to 6.4, thus moving from the neutral to the positive zone.

However, the Fear&Greed Index paints a slightly different picture.

While it was at 54 a week ago, it fell to 44 in the following days, and then rose again to 51 yesterday.

The difference between Omenics sentiment and the Fear and Greed Index

So, the weekly sentiment of Omenics is definitely positive, although not yet on the verge of enthusiasm, while the Fear&Greed Index (FGI) is still perfectly in the neutral zone.

This difference could be due to the fact that the FGI also takes market prices into account, and since current prices are perfectly in line with those of a week ago, it paints a picture of substantial stagnation.

The sentiment of Omenics is based on the prevailing sentiment of investors and speculators, and the fact that they are back in the positive zone even though prices are stagnant suggests that they expect growth soon.

However, it is worth mentioning that for Omenics, only Bitcoin and Ethereum are currently in the positive zone, while the other major cryptocurrencies are still in the neutral zone.

Interestingly, the only token in the top 10 that has seen a drop in sentiment over the past seven days was USDC, which fell from 4.9 to 4.5.

It is worth noting that the picture is slightly different over the past 24 hours, with BTC sentiment rising to 6.5, and ETH sentiment falling to 5.9.

It would seem that Bitcoin is becoming the favourite cryptocurrency on the crypto markets again these days, with its dominance according to CoinGecko rising from 39% to 40%. This is just a signal, but a pretty clear one. In a scenario like the current one, this trend could end up getting stronger as the days go by.

The post Sentiment continues to improve for crypto markets appeared first on cryptodailynews24.com.