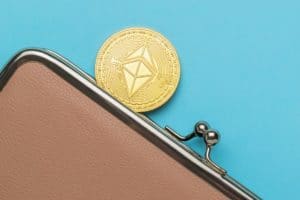 Rainbow, the Ethereum mobile wallet startup that allows people to buy or make transactions in the NFT, web3 and DeFi sectors, has just announced that it has closed an $18 million Series A funding round.

The success of the Ethereum Rainbow wallet

“Many crypto users, myself included, regard Rainbow as the best designed wallet. The talent of their team, their approach to design and the advocacy of their users position them as leaders in the crypto wallet space”,

said Alexis Ohanian, the founder of Seven Seven Six, commenting on the closing of the funding round.

“User experience matters so much — Rainbow design choices are the reason they’ve already built a cult following and continue to educate and onboard scores of new users to Web3″.

With Rainbow, which has already enjoyed considerable success in just a few months, users can have the best possible support for NFTs. In addition, the wallet provides access to the Ethereum, Optimism, Arbitrum and Polygon networks.

Rainbow supports cheaper networks like Polygon, Optimism, and Arbitrum out of the box without any need for manual configuration… they just work

and all of your tokens appear without needing to switch networkshttps://t.co/2EHJqtBMTC pic.twitter.com/MgQy1nzygW

By the end of this year, according to the company’s business plan, the start-up plans to create and integrate a series of new functions, including a “Swap Aggregator”, which aggregates different exchanges in order to secure the best price.

In the plans of Rainbow’s top management, there would also be further development towards the creation and sharing of identities on the web3 in a completely decentralized manner, using Ethereum Name Service.

The not too hidden goal of the three co-founders Christian Baroni, Jin Chung and Mike Demarais is to challenge and possibly replace the dominance of MetaMask, the most widely used Ethereum wallet at present.

The Rainbow app is currently only available in an iOS version, but a public beta version for Android was recently launched, as the company itself announced via Twitter at the end of January.

Rainbow for Android is here

This was a long time coming, and we’re v sorry for the wait, but the beta is now fully public & anyone can access it immediately… go explore Web3, NFTs, and Ethereum in style

Alexis Ohanian himself, who among other things is a great lover and collector of NFT artwork, commented on Twitter with enthusiasm on the positive closing of the funding he participated in for Rainbow

This really is a great ETH wallet.