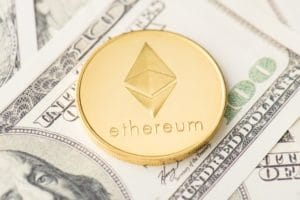 New record for deposits on Ethereum 2.0

While at the end of last year there were 8.8 million ETH on the Beacon Chain, there are now almost 9.5 million ETH with a value of more than $29 billion. This is almost 10% of all existing ETH in the world.

The most significant increase occurred in 2021 when they rose from one and a half million to almost nine million, but this increase did not stop at all in 2022 either, despite the fact that ETH locked on Ethereum 2.0 can no longer be used until the official and final launch of the new protocol.

The final launch of Ethereum 2.0 is expected to take place this year, but given that it has already been postponed several times in the past, it is not impossible that it could undergo further postponements.

The interesting thing is that staking ETH on the Beacon Chain effectively means removing it from the exchange markets, and this inevitably leads to a reduction in ETH for sale on the exchanges, albeit only temporarily.

The cost of transactions on Ethereum is going down

The transaction cost of Ethereum 2.0

While one of the main objectives of Ethereum 2.0 is to reduce transaction costs, these have actually fallen recently.

However, these figures are still higher than those of Bitcoin ($2 on average and $0.5 median) and those prior to the introduction of the London update which introduced the partial burn of fees.

As recently as July last year, the fees on Ethereum had even fallen below those of Bitcoin, reaching a low of $2.3 on average and $1 on median.

The current figures, however, are now at least in line with those of early February 2021.

Interestingly enough, the community seems to believe more and more in the Ethereum 2.0 project, i.e. the replacement of the current blockchain based on Proof-of-Work with the future Beacon Chain based on Proof-of-Stake. If the success of second layers is added to this, which are able to reduce costs in a very important way, the future outlook in the medium term looks very interesting.

The post New record for deposits on Ethereum 2.0 appeared first on cryptodailynews24.com.