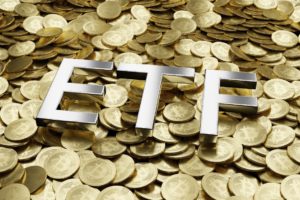 Fidelity ready to launch a Bitcoin ETF in Europe

While the SEC in the US is yet to give the green light to any of the approximately 20 Bitcoin spot ETFs issued by companies that have applied for them, Fidelity, the US investment fund with 800 billion in assets under management, looks poised to launch one in Europe.

An ETP listed in Germany and Switzerland

The ETP (Exchange Traded Product) was reportedly launched a few days ago at Frankfurt’s Deutsche Börse Xetra and is expected to start trading on the SIX Swiss Exchange in the coming weeks.

For the launch of the product, the company has projected a fee of just 75 basis points, putting it as the cheapest Bitcoin ETP to date.

“We are initially providing investors access to the world’s largest cryptocurrency, bitcoin, but we constantly review our product range and will consider further products and services, subject to client demand”,

commented a spokesperson for Fidelity International.

No Bitcoin spot ETFs in the US

This decision is the natural consequence of two facts: the first is that in the US it is still not possible to launch an ETF with Bitcoin as the underlying asset, due to the well-known aversion to this financial instrument by the SEC chairman Gary Gensler. And the second is that according to a recent Fidelity survey, around 90% of institutional investors interested in digital assets plan to invest in them in some way within the next five years.

Fidelity has already secured approval for its Bitcoin ETFs in Canada

In December, Fidelity also launched a Bitcoin-based spot exchange-traded fund (ETF) in Canada, which was the first country to launch a similar Bitcoin product in early 2021.

But Fidelity has certainly not given up on the idea of finally getting the Bitcoin spot ETF, submitted to the SEC last November, approved in the US as well:

“We reaffirm our belief in market readiness for a physical bitcoin exchange traded product and look forward to continued constructive dialogue with the SEC”.

Ethereum and Bitcoin ETFs, which would currently total about 100, would have a combined value of roughly $9 billion.

“Bitcoin is now taking up a mantle previously reserved for alternative assets, particularly gold. Bitcoin’s supply is finite, which means it can retain its value even as central banks print infinitely more money. It’s also easy to transact — not as easy as established currencies, but easier than gold. In times of uncertainty, that’s a plus”.

Then talking about the new product about to be launched by Fidelity in the European market, the fund partner seems to have no doubts about it, both about the right timing and its likely future success, thanks precisely to the likely arrival in the crypto market of large institutional investors:

“There’s a market out there which can see the appeal of bitcoin but is basically scared of it. Some investors don’t want to wade into a loosely regulated online exchange — they want a nice and easy ETF that will do the hard work for them”.

The post Fidelity ready to launch a Bitcoin ETF in Europe appeared first on cryptodailynews24.com.