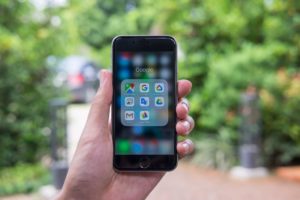 Big tech in the crosshairs of the US Congress

The Justice Committee of the US Senate approved on Thursday its second bill on technological competition, highlighting the issue concerning Apple and Google app stores and the restrictions imposed on developers. The work of the US Congress threatens to cause problems for big tech, Google and Apple in particular.

The vote pushes forward the process of the Open App Markets Act, which if approved could change many of the rules of the app stores of the big tech giants such as Google and Apple, creating many problems for a business that is constantly growing and that represents a significant portion of the profits of the two companies.

According to the specialized research company App Annie, global spending on iOS, Google Play and Android app stores has exceeded $133 billion in value, of which about $85 billion comes from downloads on Apple’s app store versus $48 billion from the Google Play app store.

This law could deal a major blow to the monopoly that the two app stores maintain in the app market. The law could force the two tech giants to make room for third-party app stores, sideloading and alternative payments, greatly reducing profits from the business, which has benefited for years from the lack of serious regulation of the sector.

Apple, in particular, has warned lawmakers about the risks of allowing third parties to download apps and especially giving the green light to sideloading (allowing apps to be downloaded through two connected mobile devices), arguing that this could increase the risk of “malware, fraud and data exploitation”.

Moreover, according to the two tech giants, there would be serious risks from the point of view of user privacy. These very indications coming from the two tech giants have convinced some senators to propose amendments to the bill, which then could arrive for final approval correctly, to favor the security and privacy of users.

″This bill could destroy many consumer benefits that current payment systems provide and distort competition by exempting gaming platforms, which amounts to Congress trying to artificially pick winners and losers in a highly competitive marketplace”,

The legislation has garnered repeated complaints from some app developers, such as Spotify for music, Epic Games for games, Match for dating and Basecamp for teamwork, who accuse the web giants of using unfair practices to their exclusive advantage for greater profits, thanks to their near-exclusivity in the app store sector. But not everyone thinks so. The App Association, which gathers hundreds of small American developers, has written a letter to Congress expressing its opposition to the law because of the risks related to privacy and security.

It remains to be seen whether the lobbies of the two tech giants will be stronger or those representing app developers, or at least those opposed to the monopolistic practices of Google and Apple.

The post Big tech in the crosshairs of the US Congress appeared first on cryptodailynews24.com.