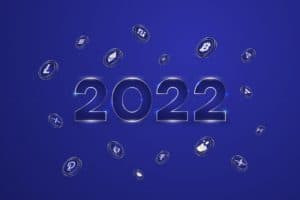 XTB: 2022 will be a watershed year for the crypto sector

The year 2022 could be a turning point for the crypto sector, despite an uncertain start, with markets often in the red, winds of war and fears about changing monetary policies.

To support the thesis of an important year is the exchange XTB that has collected its forecasts in the report illustrated on 26 January at the initiative “Perspectives 2022: how to invest amid inflation and new monetary policy strategies”.

According to the exchange, 2021 was an important year marked by the upward trend of the sector, a trend that may continue in the current year as well, particularly in Italy.

Here, as in the world, cryptocurrency adoption will continue to grow.

“There are consistent signs that tell us that the crypto phenomenon is now an established reality and governments, central banks and exchanges are working to regulate them in 2022. The most striking example is that of El Salvador, which became the first country in 2021 to start accepting payments in Bitcoin, but there is also the case in Canada of an approved ETF that buys Bitcoin on behalf of investors. Many investors expect in 2022 a similar ETF accepted in the United States as well. And then there are the financial institutions, private and public companies: recently PayPal announced that it will launch its own cryptocurrency and already the salaries of the mayors of New York or Miami are paid in cryptocurrencies, and many more are on the way”.

“Blockchain is about to permanently change the finance industry. We believe that the influx of institutional capital combined with impending government regulations and blockchain’s native transaction transparency could lead to the end of the bull market on the one hand, and a considerable increase in players operating on digital currencies on the other”.

According to XTB, there are also international trends to monitor.

A “middle” scenario is likely. Europe and China will be able to contain inflation, which will be transitory, and that it will soon subside in the United States as well.

Monetary policies will continue to have an important impact on asset prices, as they have in the past since central banks raised interest rates to 0%.

The end of economic stimulus is the real challenge for markets. Liquidity was literally injected during the Covid, now we must deal with the tightening of monetary policies. It will have to be seen whether this scenario will also be accompanied by a deterioration in the real economy.

The year 2022 will see oil supply exceeding demand and this could lead to lower prices. Demand could return to pre-pandemic levels between the second and third quarters of this year.

For gold, 2021 has been a relatively non-volatile year, while 2022 promises to be more eventful with downside risks that could be seized as an opportunity for traders.

The post XTB: 2022 will be a watershed year for the crypto sector appeared first on cryptodailynews24.com.