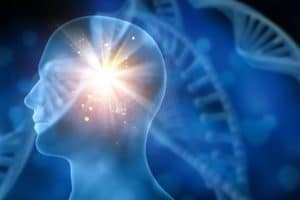 Elon Musk’s Neuralink project continues and tests to implant the chip in a human will soon begin. Confirmation comes from a job posting.

The Neuralink project of Elon Musk

Neuralink is Elon Musk‘s project to connect the brain to a computer via a chip. The initial purpose of this technology is to help especially those who suffer from paralysis. Thanks to the chip grafted into the human brain, people will be able to communicate more easily by fighting some neurological disorders. The ultimate goal is to encourage interaction with “each other, with the world, and with ourselves”.

After testing on a monkey, it seems time to start testing on humans. Confirmation comes from a job posting. Neuralink is looking for a clinical trial director. Among the tasks listed is to lead clinical trials and also take an interest in regulation. This means that, as Elon Musk announced in the past, human clinical trials will start this very year.

Last April Neuralink had published a video that showed a monkey interacting with the computer and playing MindPong.

Pager, that’s the macaque’s name, had a neurolink implanted in his brain. The chip sent outputs to a computer. The goal of the test was to make the cursor of the game move without joystick input, but only with the command of the brain. In fact, in the first part of the video Pager moves a joystick, in the second part of the video he doesn’t have a joystick but the monitor clearly shows the movements of the paddle occurred with the stimuli of the brain that Neuralink sent to the console. Neuralink recorded the electrical signals in the brain and decoded them to translate them into the commands then recorded by the game.

The video was a clear demonstration of what Neuralink can do. In fact, the commentary article read:

“Our first goal is to give people with paralysis their digital freedom back: to communicate more easily via text, to follow their curiosity on the web, to express their creativity through photography and art, and, yes, to play video games. After that, we intend to use the Link to help improve the lives of those with neurological disorders and disabilities in other ways. For example, for people with paralysis the Link could also potentially be used to restore physical mobility. To achieve this, we’d use the Link to read signals in the brain and use them to stimulate nerves and muscles in the body, thereby allowing the person to once again control their own limbs”.

“As you can see, MindPong is an initial demonstration of the potential capabilities of the N1 Link. However, it’s important to remember that it is a small slice of what our device is intended to achieve”.

As Elon Musk had explained during an interview with the Wall Street Journal last December, the trials will involve people who have spinal cord injuries, but all of this requires Food and Drug Administration approval.

What makes us believe that this approval will come, according to Musk, is the fact that the standards for implanting the chip followed by Neuralink are much higher than those that the FDA itself requires. Neuralink according to the Tesla CEO is a project that will restore hope: