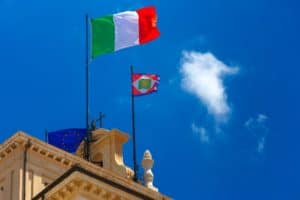 Markets’ attention on the race for the Quirinal in Italy

The “showdown” for the election of the President of the Republic in Italy, the highest office of the state that is the supreme guarantor of the Constitution, is coming to life. The Head of State in Italy, as one of the main powers, appoints the Prime Minister and can dissolve the Chambers, he is, in short, what we might call “the master of the house”. But how do the markets view this figure and in general the race for the Quirinal?

The election of the President of the Republic in Italy

Historically, the desk of the Quirinal has always been seen as a snapshot of the country in the medium term, in fact this office is the longest in the Italian system with its duration of seven years.

It is precisely the length of the term of office and the role of playmaker in the institutional sphere that make this a key position in the future of the country. Investors always observe the development of events very carefully in the hope that a person is elected who will bring stability, not only to the markets.

In Italy the “great electors”, as the participants in the election of the Head of State are called, are 1009 divided as follows:

Voting will begin today, Monday, January 24 at 3:00 PM (CET), and foresees an uncertain outcome despite the prominent names being put forward or candidates for the coveted role. None of the combinations of the sides that make up the political chessboard has the majority necessary to elect its own candidate at least in the first three attempts.

In fact, the center-right has 451 large voters, the center-left 407, and the rest 151. It goes without saying that agreements and strategies will be decisive.

The Quirinal Palace in Italy

The names of the possible Presidents of the Republic

Among the names that have been mentioned, there is obviously the one of Prime Minister Mario Draghi who, in this specific case, should he be elected, as he is already Prime Minister, would have to resign and open a phase of uncertainty due to the succession to Palazzo Chigi.

Another name is that of Silvio Berlusconi, who, however, following a summit with the leader of the center-right has defiled renouncing a sense of responsibility to the candidacy, despite having the support of the entire coalition that now converges towards a common name that is not that of the current Prime Minister of course.

There is talk of Giulio Tremonti or Marcello Pera. Still uncertain is the candidacy of the center-left that oscillates, depending on the alliances, between Andrea Ricciardi, Walter Veltroni and others.

How the markets see the race to the Quirinal

In the case of the so-called “bankers” or men of institutions and finance such as Draghi and Tremonti, the markets would have a clearer vision. They would be people competent in strategy and investment (vision), they would know the way of reasoning and could foresee their moves, all qualities that reassure investors, but in the case of Draghi there would be a temporary impasse for the election of his successor to lead the government; a successor who should have the authority to hold together such a large and varied majority.

Another person who would not be disliked by the markets would be Marcello Pera, a man of the institutions and former president of the Italian Senate, but from a political point of view, he would not be supported due to his positions of strong criticism towards the pontificate of Bergoglio.

Walter Ricciardi, former President of the Istituto Superiore di Sanità, later replaced by Dr. Silvio Brusaferro, is a man well-liked by Big Pharma and Silicon Valley. Walter Veltroni, a person of political and cultural depth, writer and former mayor of Rome closes the picture of the center-left chessboard.

In short, the “quirinaries” come to life, and insiders and markets are asking for a President of high human and institutional profile that brings vision and serenity for Italy and the future of Europe.

Today the voting begins. Should the two-thirds majority not be reached, one vote per day will follow until the third ballot. On the fourth ballot, it is sufficient to reach the quorum for the election of the new Head of State.

The post Markets’ attention on the race for the Quirinal in Italy appeared first on cryptodailynews24.com.