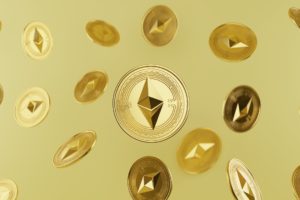 Ethereum profitability close to 90% despite most recent corrections

The price of Ethereum has been falling for several weeks now, but compared to a year ago the profitability is close to 90%.

The drop in the price of Ethereum

Compared to a week ago, the price of ETH is actually about 20% lower, while compared to a month ago it is down almost 40%.

Over the long term, the price of ETH remains in strong gains.

However, despite these losses related to the last few months, in the long term, its price continues to make strong gains.

For example, in the last twelve months, the gain is still over 90%, even after the recent significant declines.

It is probably worth going back even further given that in January last year the bullrun had already begun.

However, the price on 3 January 2021, was significantly higher than in previous years, surpassed only by the levels touched during the speculative bubble of late 2017 and early 2018. In fact, since May 2018, when it had risen to $800 after the bubble burst, it had never again been able to rise even above $500.

The lowest point touched after the January 2018 peak was the $84 of December of the same year, when the downward parabola following the bursting of the bubble was closed.

Since then, the price began a long, slow climb that brought it back to $200 in May 2020. In August of the same year it rose to over $470, only to fall back below $400 between September and October.

Precisely in October 2020, thanks in particular to the recovery of the price of Bitcoin, ETH returned for the first time above $400 since August 2018, kicking off the bullrun that culminated on 10 November of the following year almost at $4,900.

The current price then, despite being less than half of the all-time high of 10 November 2021, is still 500% higher than that $400 mark of October 2020 when the last major bullrun began.

Moreover, this is still a much higher price than the then peak touched on 13 January 2018, at the height of the speculative bubble.

So if in the short and medium-term Ethereum seems to suffer, in the long term instead it turns out to be still very strong.

It is worth noting, however, that the current price of Ethereum is 65% higher than the peak of the speculative bubble of 2017/2018, while instead that of Bitcoin is 85% higher.

The post Ethereum profitability close to 90% despite most recent corrections appeared first on cryptodailynews24.com.