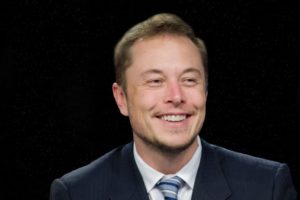 The indiscretion came from Protocol only to be relayed by USA Today.

@ElonJet publishes all the routes of Elon Musk’s Jet, using public data. The account operator is not actually spying on Elon Musk or publishing anything confidential.

But the continuous tweets are not pleasing to the CEO of Tesla that would have contacted him privately to ask him to stop publishing his movements.

In the conversation, Elon Musk asked the young man to stop publishing the routes of his jet, writing:

“I don’t love the idea of being shot by a nutcase”.

In the end, Musk had no choice but to offer the boy money to ask him to close the account. And he offered precisely $5,000. Probably for the 19-year-old the amount was too low. After all, Elon Musk is not only the man of the year according to Time, but also the richest man in the world. Therefore, he asked him to add another zero to the sum.

“Any chance to up that to $50k? It would be great support in college and would possibly allow me to get a car maybe even a Model 3”.

Elon Musk replied that he would think about it, but then he didn’t hear back.

The @ElonJet account monitors the movements of Musk’s jet

The @ElonJet account is very popular on Twitter. It has over 122,000 followers and simply publishes the movements of the DCM2455 aircraft of Elon Musk.

However, as pointed out in various comments to the posts, the bot used to extrapolate the data of the displacements deals only with the flight data and can certainly not be aware of who is actually using the jet.

Most of the trips are between Austin and Brownsville, Texas. Austin is home to one of Tesla’s factories.

Texas is the heart of Tesla’s activities. It is here that in these days began the production of the new Model Y that should be on the market in March.

Elon Musk has much more to worry about. In fact, according to the official data released by the company and related to 2021, Tesla has delivered over 936,000 vehicles, 87% more than 2020 (year marked by the lockdown). These are numbers that go beyond analysts’ forecasts. This year, however, could be more difficult, because, as the company anticipated, raw material supply problems threaten the ability of factories to proceed with production.

The possibility that 2022 will be a difficult year can be seen in the stock market. Since the beginning of the year, the stock has lost about 30% and in today’s day alone, in premarket, is listed with a loss of 11% that would bring it to $829. A sign that investors are frightened by the idea that production is proceeding slowly.

So, traveling on his private jet is not the first concern of CEO Elon Musk.