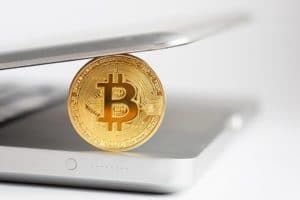 In the United States, and specifically in Arizona, a bill has been filed to make Bitcoin legal tender. This was done by Senator Wendy Rogers.

Bitcoin legal tender: the text of the bill in Arizona

The bill is very short. It is only one article in which Bitcoin is listed among the legal tender assets, giving also the following definition:

“Bitcoin” means the decentralized, peer-to-peer digital currency in which a record of transactions is maintained on the bitcoin blockchain and new units of currency are generated by the computational solution of mathematical problems and that operates independently of a central bank”.

Who is Wendy Rogers

Wendy Rogers is a senator from Arizona representing the Republican party. She is actually a very controversial character as she has publicly admitted to being a member of the Oath Keepers, a far-right militia, among the groups that participated in the assault on Capitol Hill on 6 January 2021. From her Twitter profile, it’s easy to see that she is a committed follower of former President Donald Trump.

She announced on Twitter that she has filed several bills related to cryptocurrencies.

But her bill has to clash with another one, the America Competes Act of 2022, which instead threatens to ban cryptocurrencies.

The America Competes Act Of 2022

This bill would give unlimited power to the Secretary of the Treasury to ban any financial asset that has some foreign connection without any clarification or notice.

“It doesn’t say it explicitly, but this is a direct attack on the digital asset industry. The Treasury Department already has broad authority in this area, but it has a strict time limit and a public notice requirement.

Should this provision remain in the bill, we really should rename it the America Fails Act. This provision stifles innovation and competition. and feels more like something the Chinese Communist Party would impose on industry”.

The senator has already promised a fight because, as she said via Twitter, she won’t let the government pick winners and losers. The real risk is that the United States will lose its leading position in finance.

Her conclusion is venomous:

“The government does not need to make financial decisions for the American people. Our $30 trillion national debt should be your first hint at that”.